"It is supposed therefore that everything that is formulated in discourse was already articulated in the semi-silence that precedes it, which continues to run obstinately beneath it, but which it covers and silences." Archaeology of Knowledge, (1972) Michel Foucault

Contemporary theory is an archaeological excavation of knowledge that questions not only the foundations of traditional paradigms but also the “new” and current postulates that transcends the past.

Offers a spectrum of theoretical positions that situates the students in the history of ideas. To appreciate their development and possibilities and thus find suitable theoretical models to engage critically in a chosen area of study. Enables in pushing the limits of thinking through theorists who are known to work on the margins of philosophy and critical thinking. Contemporary theory is also valuable for art and design practitioners who seek to thoughtfully challenge the prevailing conventions of artistic expression, develop new forms, and become innovators and leaders in their chosen fields. It will involve intellectually rigorous methods of inquiry and reflection into the creative process.

Cultural Representation: Semiotics: Engages with the practice of construction and interpretation of representations. Semiotics is the study of signs and one of the basic approaches to examine representations constituted by signs/significations. To read and analyze anything in the visible world as a sign.

Beyond Semiotics: Power and Discourse: Enables students to push the limits of interpretation and consider the excess or multiplicity of meanings. Since power and discourse are entangled with signs or representations the course will go beyond language to discern those influences on the sign themselves. Signs are not just an index but also symptoms of a culture or society namely the reference of the reference.

Frames of War: Film and Photography The rhetoric of war justifies immeasurable torture and pain done by governments. Susan Sontag and Judith Butler critique media to show how the loss of the “other” goes unaccounted. Meanwhile the public are manipulated by media doctored information. It is pertinent to uncover them for they are protecting the authorities and executive organs that mobilize war with righteousness.

Film Syntax: The aim of this course is not to limit itself to the formal and practice based theory but also to introduce the social and political aspects which are inescapable part of any narrative. Students will situate their practice in the history of cinema and other related practice.

On Photography: To explore the meaning of photography and trace its history and its uses since it came into existence.  Its approximation of “reality” and truth was contested in order to liberate photography from itself.  In other words photographs will not merely become a tool of memory but will simultaneously mark the sense, because they can pensively and thoughtfully look back and engage with the viewer.

Inspired by Insects: To study insects with scientists but respond to them as an artist, in mediums such as photography, film, animation or even sound installation. Explore and experiment with the medium and connect them with the impression and experience you got from observations.

Postmodernism and Critical Theory: History of ideas: Contemporary theory is inextricably embedded in contemporary and conceptual art practices, experimental work, including multi-media installations. Therefore, the focus is on aesthetic, critical, and political theory in relation to contemporary practices. Engage more fully with art work through different debates by critics and theorists on modernism and postmodernism. 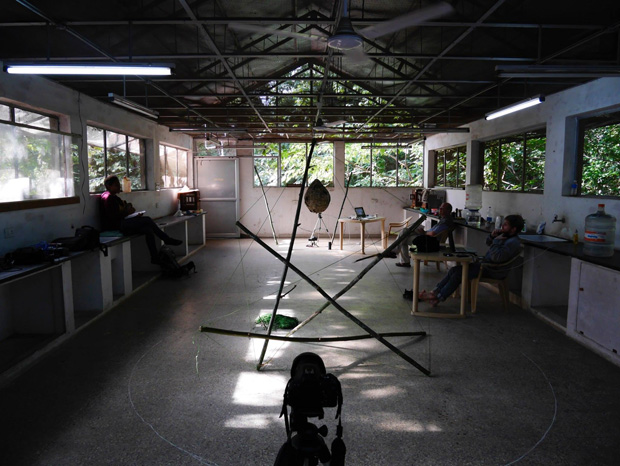